Facilities to house the Poseidon MRA Mk1 fleet have been handed over to DPRTE Engage partner, Defence Equipment and Support (DE&S), marking a major milestone in the Poseidon programme.

Clocking in at over 33,000 square metres, the facility includes a three-bay hangar and accommodation for two squadrons, as well as state-of-the-art training equipment and facilities for those working on the fleet of nine Poseidon aircraft.

Designed and built by Boeing Defence UK (BDUK) and local construction partner Robertson, more than 300 employees worked on the building at Lossiemouth during the peak of the two-year project.

Defence Minister Jeremy Quin said: “The new Poseidon fleet will reassert the UK in the maritime patrol arena. It will play an invaluable role in our national security for decades to come. The state-of-the-art Lossiemouth facility provides the fleet with an ideal base while helping to create and sustain jobs in Scotland.”

Once operational in the autumn, the facility will be the workplace for 470 additional military and civilian personnel, taking the total number of people working out of the coastal base to about 2,200.

Michelle Sanders, P-8A Poseidon team leader at DE&S, said: “The new strategic facility at RAF Lossiemouth is a great example of successful delivery through co-operative working. DE&S, Boeing Defence UK and Robertson have worked closely since the project began in early 2018 and here we are, just over two years later, taking delivery of this splendid new building. The focus of our work now shifts to preparing it for handover to the RAF later this year.”

The first RAF Poseidon – named Pride of Moray – arrived from the USA and touched down at Kinloss Airfield in February 2020, followed by the second – named City of Elgin – in March. Both aircraft are currently flying from Kinloss until the Lossiemouth facility and runway are formally opened.

Delivered by Defence Equipment and Support and Boeing Defence UK, the project has progressed at impressive speed and will deliver exactly what we need in time to meet the arrival of our new aircraft at RAF Lossiemouth in the autumn.

Terence Bulloch, the third aircraft in the fleet, is named after the highest-scoring pilot in Coastal Command during the Second World War. It has completed the painting stage and is having its mission equipment fitted at the Boeing Defence facility in Seattle.

Anna Keeling, Managing Director of Boeing Defence UK, said: “We are incredibly proud to be handing over this state-of-the-art facility to DE&S after two years of hard work and investment, and we are excited to begin a new phase of Boeing’s partnership at RAF Lossiemouth.

“It’s a further sign of our more than 80-year commitment to the UK and we could not have done it without the support of the local Morayshire community, both on and off base.”

In the coming months, DE&S will oversee the installation of computers, audio-visual technology and the IT network to ensure the facility meets the RAF’s requirements.

Simulators and training devices for the Poseidon air and ground crews will be delivered and their installation will begin, while a separate ground support equipment (GSE) hangar will also be built by Robertson.

All nine Poseidon aircraft, which are based on the Boeing 737 Next-Generation airliner, are expected to be in the UK by the end of 2021.

UK Government minister for Scotland David Duguid said: “This new £100 million strategic facility at RAF Lossiemouth is a further investment from the UK Government in the area’s economy, and demonstrates the important role Scotland plays in our defence network.

“We look forward to seeing the facility put to good use playing an essential role in our national security and creating sustainable jobs for the future of the area.”

DE&S are official event partners at DPRTE Engage Online 2020. They will take their place at the virtual Equipment and Supplies Pavilion, which will provide visitors with an unrivalled opportunity to engage directly with key procurement organisations, such as DE&S, that are responsible for setting procurement strategy and delivering the MOD’s annual procurement spend of over £20 billion. 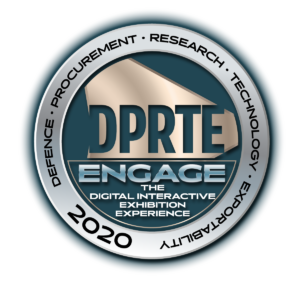 For MOD and wider public sector personnel engaged within the delivery of procurement, the Pavilion will bring together key organisations, providing a unique networking opportunity. In addition, the Pavilion offers the chance to share and explore the ideas and best practice that are actively supporting and developing current objectives and initiatives.

Defence Online is the official media partner of DPRTE 2020

Image: A rendering of the Poseidon Strategic Facility at RAF Lossiemouth. Crown copyright.