Counter-Terrorism mechanism followed in the western world and the defects it has.

As the world is grappling with the horrors of non-state actors, especially terrorists, initiating violence against settled and civilised societies, the concept of counter-terrorism has increased in attention especially in the western world, where violence to a large scale is now being targeted.

Before getting into the concept of counter-terrorism, let’s see what terrorism tactics and strategic is all about. As an irregular warfare tactic terrorism is a weapon of the militarily weak that is not only a form of intimidation but a type of provocation as well. It has a target, a subject and an objective. Terrorist attacks against defenceless targets may be designed to punish or retaliate against the larger society, but they are also attempting to lure democratic states into undertaking security measures out of proportion to the real threat involved. In other words, the weaker party commits an atrocity or outrage in order to provoke an overreaction from the stronger subject, in this case Western liberal democracies. 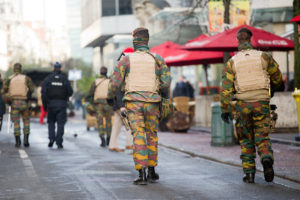 The overreaction victimises more than just the perpetrators and legitimises their grievances. In doing so, the democratic state plays into the hands of terrorist objectives by providing grounds for recruitment, continuation and expansion of their struggle. When democratic societies, panicked by fear, begin to retaliate against domestic minority populations from whence terrorists are believed to emanate, then the sucker ploy will have proven successful.

The evolution of terrorist tactics notwithstanding, if we strip away all the ideological gloss what is left is a transnational criminal enterprise. The proper response needs to be police rather than military in nature, and requires increased intelligence sharing and police cooperation amongst nations.

The legislative response should be not to create a separate body of political crimes deserving of increased (and undemocratic) coercive attention from the state, but to bolster criminal law to include hard penalties for carrying out, financing, supporting or encouraging politically motivated violence. All of this can be done without militarising the state and compromising basic democratic values regarding the freedoms of speech, assembly and movement.

That is what makes the United States approach to counter-terrorism a matter of global import especially after the 9/11 attacks. There lies the rub, because counter-terrorism and counter-insurgency in failed states is as much an issue of contextual understanding by foreign forces as it is of their will and capability in the face of uncooperative local regimes. So far, the US has struggled to adequately deal with the non-kinetic aspects of counter-terrorism operations. It specifically has moved more slowly than other nations in developing a “behavioural clue” approach to early detection of terrorist plots, one that focuses more on patterns of behaviour rather than on ethnicity or religious affiliation when triangulating on suspects. It should be noted that counter-insurgency and counter-terrorism operations, although often overlapped, are not synonymous and hence are not reducible to one general response.

Thus, the “ink blot” (secure and expand) counter-insurgency strategy used in Iraq and being implemented in Afghanistan is not specifically focused on counter-terrorism operations, and as of yet does not have the focused behavioural clue component that allows for early detection of discrete terrorist plots (which is a function of reliable intelligence flows). 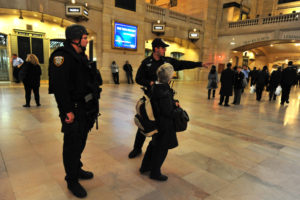 The bigger picture is thus: Even if in global retreat and no longer an existential threat to Western and Eastern interests, the Islamist campaign still has not seen the full crest of its wave. In other words, although the Jihadist defensive war against globalised modernisation has been lost, episodic atrocities will continue so long as there is residual ideological support for it, weak states that provide safe haven to it, and a lack of unified will to address its underlying causes on the part of the “civilised” world

Academics have posited a number of convincing theories as to how terrorism may be countered. Cronin, in her seminal work on how terrorist groups ‘end’, proposes that most will do so in one of five ways: its leader/s will be captured or killed; it will be crushed by state repression; it will opt to move away from politics and into criminality; it will negotiate a compromise settlement; or it will lose popular support. She further argues that one of these outcomes should be chosen and facilitated by the government. 1 Although this logic is sound, a fundamental problem remains with all these scenarios: when the group has disbanded or moved on, its members are rebels without a cause—a band of radicalised individuals, often desensitised to violence, without an outlet.

As Ed Husain, who was recruited by Hizb-ut-Tahrir in Britain, became disillusioned and left, notes, ‘there are tens of thousands of people in this position. They harbour a confrontational worldview, but are not actively involved in the world of the Islamist movement. However, a cataclysmic event would bring these people, along with new recruits, back to the organisational front line’. Even if they do not rejoin a violent extremist cause, these people may turn to organised crime or otherwise create problems for the state (by overcrowding prisons, for example).

India is in a particularly unenviable position where terrorism is concerned. Of all countries, it has possibly the greatest number of home-grown terrorist groups operating within its borders, and it is a victim of transnational terrorism to an unusually high degree. It is also vulnerable due to its ‘neighbourhood’, its status as a young democracy with a heterogeneous population and its many viable terrorist targets. 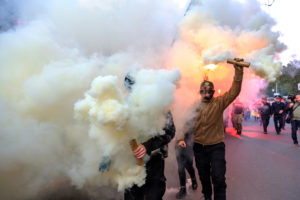 Physical measures such as heightened security at airports and metal detectors in public places are emphasised in Indian counterterrorism, though their shortcomings are well documented. Moreover, even when these vital measures are executed well, they alone do not address the need for long-term prevention. Some soft measures have been employed in the country and root causes of some types of extremist violence are slowly being addressed, but many remains to be done before a structured and enduring counterterrorism strategy may be realised.

To begin to counter terrorism in a holistic and enduring fashion, the Indian government has tried to pursue a strategy of Countering Violent Extremism (CVE), including hard counterterrorism, but with emphasis on two principles: selective use of ‘deradicalisation’ techniques to strengthen the response to those involved in terrorism, and the implementation of ‘counter radicalisation’ measures to enhance intercommoned relations and reduce recruitment by terrorist organisations. Though separated here, the boundaries between these goals are fluid, and each reinforces the other.

Furthermore, the success of certain Countering Violent Extremism (CVE) often depends heavily on the individual concerned, and individuals working under different groups may have more in common with one another (in terms of reasons for committing violence, for example) than with others in their own group. However, CVE strategies are rather well suited to Islamism and other violence carried out in the name of religion, since they have been employed successfully to counter it elsewhere, including in Asia. There is widespread agreement that political violence contradicts the peaceful tenets of Islam and most other religions. To suggest otherwise is surely radical, so deradicalisation is an appropriate response. 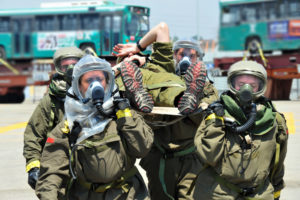 Another importance scope of counter-terrorism is done through the scope of International Law which was made for regulation of interaction among states. However, a challenge arises when the states are confronted by challenges posed by non-states actors such as terrorists.

Sceptics of International Law have always questioned the effectiveness of International Law in counter-terrorism. One such is the Neo-Conservative Republicans in the United States who by passed International Law in their pursuit of terrorism which in other ways increased the positional of future terrorists attacks. What the sceptics fail to understand that any law that’s evolved over centuries would have taken in consideration security, politics and so the rights of human beings before becoming as such. In that case, since the International law which’s has evolved in the past five hundred years could be used an effective tool against terrorism and that’s my argument.

In conclusion, the concept of counter-terrorism which is being challenged in many ways by non-state actors need re-examination and an effective policy-drive which includes mutual co-operation among like-minded countries extending to which having all the stakeholders involved.

The post The first in our series of industry insight articles: Counter-Terrorism mechanism followed in the western world and the defects it has. appeared first on Defence Online.